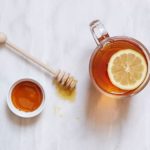 Honey tastes great on toast, sweetens tea and can even be used as a secret weapon in salad dressings—but if you follow a vegan diet you might be wondering whether or not you can indulge in an occasional drizzle of the sticky stuff without bending the rules. So is honey vegan? We did some digging and have an official answer for you, plus some alternatives to honey that are the bee’s knees (but not literally, of course). Here’s the breakdown.

How is Honey Made?
Honey is a byproduct of the important pollination work done by our friend, the honeybee. Fun fact: Honey-making bees have two stomachs—and one of them is responsible for converting nectar into that syrupy sweet goodness we know as honey. Unfortunately, the process of harvesting honey for human consumption involves the exploitation of an animal, which goes against the definition of veganism outlined by the Vegan Society. It’s also important to note the larger impact of such exploitation: According to the Vegan Society, there are only seven species of bees among thousands that can make honey, and those species pollinate specific crops—unless of course, they are kept in confinement on a bee farm.

Ultimately, the “mass breeding of honeybees affects the populations of other competing nectar-foraging insects, including other bees,” so the environmental effect is far reaching. Vegans should also be aware that beekeeping sometimes involves ethically questionable (and arguably cruel) practices that hurt the health of the honey bees. “The honey industry, like many other commercial industries, is profit-driven where the welfare of the bees is often secondary to commercial gain,” says the Vegan Society. Bottom line: While there is some lingering debate in the vegan community about honey, the authority has spoken and the answer is No, honey is not vegan.

What About Raw Honey?
Is there any honey out there that doesn’t violate the principles of veganism—like the raw stuff, for example? Alas, the answer is no. Raw honey is distinct from the regular golden stuff in that it is left as-is (i.e., pulled straight from the honeycomb, without further processing). The lack of additional refining involved in the process does not make the raw variety vegan-friendly though since it is still extracted from the hive of harvested, not native, bees. Note: if you want to follow this hypothetical to its furthest point, honey would still not be vegan even if it were to come from native wild bees for the same reason that an egg from a rare feral chicken is not—the definition of veganism precludes the consumption of both animals and their byproducts, period. Basically, if it comes from a bee, it is out of bounds.

Vegan Alternatives to Honey
There you have it. But if you didn’t get the answer you were hoping for, don’t despair. There are plenty of vegan alternatives that do a bang-up job of mimicking the syrupy sweetness of honey. Without further ado, here’s a spoonful of sugar (or six) to help the medicine go down:

1. Agave Nectar: Thinner than honey and just a hair sweeter, this plant-based alternative will do the trick as long as viscosity isn’t a critical factor. You can add a dose of agave syrup to a marinade for roasted (or grilled) veggies—and you can certainly stir a teaspoon of the stuff into your morning coffee.

2. Maple Syrup: The next time your sweet tooth strikes, tap a tree, not a bee. We probably don’t have to tell you that you can drench your vegan pancakes in the stuff, but you can also use it as a stand-in for honey in cooking and baking. (Note: When using maple syrup as a substitute for honey in savory cooking, opt for lighter varieties and don’t overdo it, lest the richer flavor overpowers your finished dish.)

3. Brown Rice Syrup: This lesser-known sweetener is a standout among honey substitutes. It’s rice-based, and its starchy origins are responsible for its viscous consistency. Stock your pantry and reach for brown rice syrup anytime you have honey on your mind (or in your recipe). Bonus: This syrup is thick enough to fill in for honey in a vinaigrette, so you can style out your salad sans guilt.

4. Molasses: Molasses is plenty sweet and boasts the same high viscosity, so use it instead of honey for pretty much anything. Just be sure to shop around for the right kind because this plant syrup runs the gamut from light to “blackstrap,” and the flavor of each variety is different.

5. Coconut Nectar: Protect the hive—a coconut palm has all you need. (Moana, anyone?) The sap of this tropical tree yields a sweet nectar with a subtle tang and no perceptible coconut taste. Best of all, this vegan goodness boasts a low-glycemic index (yay, no sugar crash) and a bunch of vitamins and minerals to boot.

6. Date Syrup: This dark brown vegan sweetener can be whipped up in a blender (just boil and puree some dates with a squeeze of lemon) and best of all, it’s healthier than your average vegan syrup. In fact, some research suggests that date syrup can compete with honey (and win) when it comes to antibacterial compounds.

How to Help the Bees
So you followed your conscience right up to the conclusion and learned that honey is not vegan—but there’s really no need to steal candy from a bee. Let your moral compass continue to guide you and take action to protect the superhero insects that save our food crops. If you’re interested in helping the humble honey bee take care of buzz-iness in peace, you can donate money to aid the efforts of the Bumblebee Conservation Trust. But you don’t need to use your pocketbook to show support for the bees—a small gesture goes a long way when it comes to protecting these vital pollinators. For example, give your green thumb a workout by planting a bee-friendly flower garden. Looking for less work, not more? No problem. Bees are a perfectly valid excuse to mow your lawn less often, since your inaction actually gives pollinators a chance to get to flowering plants before they’re gone. Finally, if you’re going to steer clear of honey, you might as well avoid all products that the bee farming industry profits from—so for mood lighting that really helps you relax, ditch the traditional beeswax and get yourself a soy candle instead. 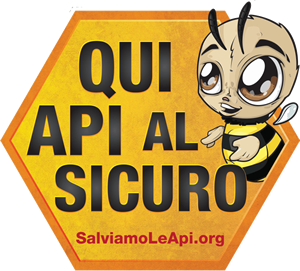